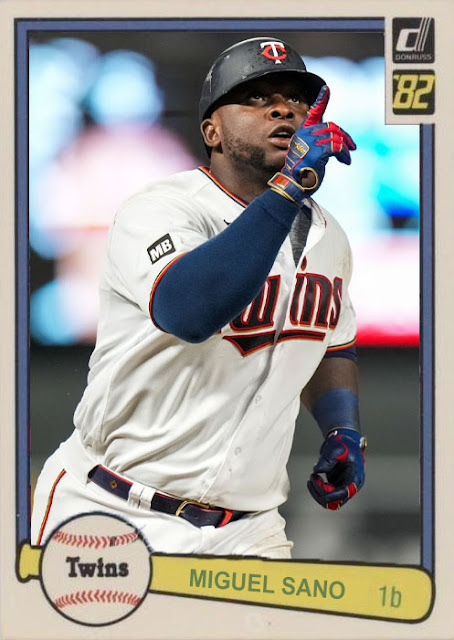 And no disrespect towards Bailey Ober, Griffin Jax, Charlie Barnes and Joe Ryan, but...that's not a good sign at all, even with a month left in the season.

The plight of the Twins...saddens me. They were untouchable in 2019, lost some of their mojo last year, and have a chance of ending the season in last. The odd part is that they still have the majority of the homegrown component of the lineup- Sano, Buxton, Kepler, Garver, Polanco and Astudillo are all still there, and now Trevor Larnach, Ryan Jeffers, Luis Arraez and Nick Gordon have joined the fun and are adding on. But a decent enough lineup, embellished by Donaldson and Simmons, is nothing without at least a halfway decent pitching staff. Right now only 1 pitcher for the Twins has a WAR of 1 and above, and it's Bailey Ober. Everyone else, including Alex Colome, Tyler Duffey, Taylor Rogers and Randy Dobnak, is under that mark.

Even if the pitching is a little sturdier next season, they'll be without Simmons, and could end up without a few more pieces. I'm assuming Buxton and Kepler will be back for 2022, but I'm not sure. And if the goal is to build the new team around them and Donaldson, how many of the new, younger players will actually follow in line with them next year? I'm not sure if this is a team that can fit together entirely anymore. Even with Baldelli as a strong manager.

Look, this team is definitely capable of bouncing back, and going from worst to first, but...I don't see how they do it here. I don't see a competitor in this team anymore. I think they just rebuild for a bit and just ride it out for a bit. The Sox have the division, the Tigers will likely be the next competitor in 2022, so the Twins should just let all of this wash over. Unless Ober, Jax and Ryan develop quickly, in which case...here we go again.

Coming Tomorrow- Yet another 'who the hell is this guy?' who's doing well for the Cubs.