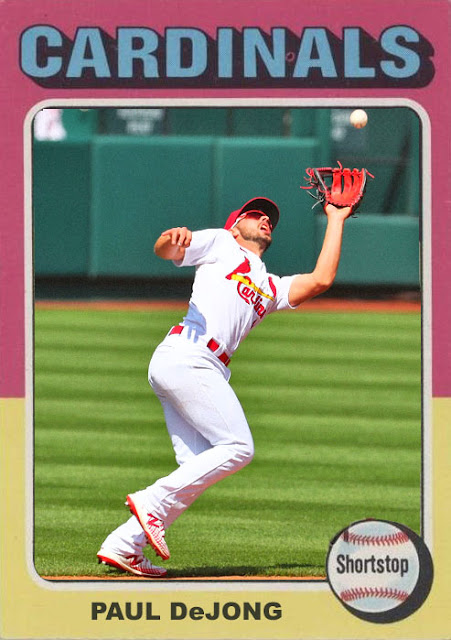 ...And even though he probably has nothing to do with it, I'm choosing to blame Rob Manfred.

Look, there is technically a chance for someone like the Reds, Padres or Phillies to somehow catch up, but they're all 4.5 or more games behind. The most baffling part of this is that former competitors like the Padres and Reds are trailing behind the PHILADELPHIA PHILLIES, a team that isn't even going for the Wild Card at all, and the Atlanta Braves, who hopefully won't even need to worry about the Wild Card race anyway. So two teams who've been in the conversation all year now have been booted out of it by a team that wasn't really in the conversation til last month.

I...literally...had a section in my Trade Deadline deals posts where I singled out the Braves and Cardinals' moves as being asinine because they were choosing to compete halfway through the year, and here they both are. And somehow, the Cardinals have more of a chance than even the Braves [if they somehow lose the East in the next week or so] for that last wild card spot.

To be very fair...this team has accomplished a lot, and has made bonafide stars out of a lot of borderline-til-now guys like Tyler O'Neill, Tommy Edman and Harrison Bader. O'Neill and Paul Goldschmidt are on the cusp of 30-homer seasons, while Nolan Arenado has already notched one. And while Jack Flaherty, Carlos Martinez and Dakota Hudson are all out with injuries, having J.A. Happ, Jon Lester and Miles Mikolas all healthy and pitching relatively well [all around 4 ERA]. This team shouldn't have worked, and yet they do. Even Paul DeJong, though a wash at the plate, is having another great defensive season. It's all come together in spite of every other logical indication that it shouldn't.

And while the Dodgers will be the favorite to win the Wild Card game....the Cardinals could be the ultimate spoiler of the playoffs. And they could outweigh the odds to get far into it, like they used to. And for the purposes of my own wellbeing, I'd prefer a Dodgers win.

Coming Tonight- Second baseman for a Wild Card threat that has a long way to go, but oh what if they did make it?