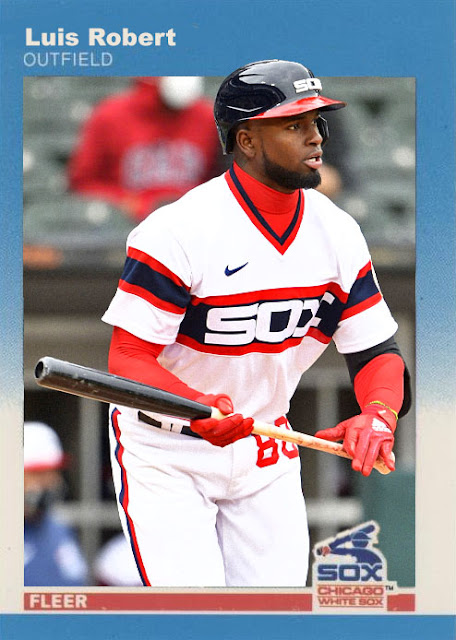 The Chicago White Sox have been a lock for the playoffs since Shane Bieber went on the IL. They have been the only horse in town in the AL Central all season, have only built on their lead throughout the season, and have retained so much energy.

And now, with less than a month left to go before the playoffs, they have to hold onto as much of it as possible.

The injuries are once again rearing their ugly head. Tim Anderson is down, Lance Lynn is down and Lucas Giolito is down. They're three big pieces, and while they don't make up the entirety of what is great about this team, they're pretty big presences. The good news is that Anderson at least has a spry backup in Leury Garcia, who's been gaining ground a lot in recent weeks, and still makes a fine presence in this lineup.

Then there's the rotation absences. Keuchel, Cease and Rodon are a strong three, but having people match up to them is tricky right now. The good news is Reynaldo Lopez is having a comeback year, with a 3.32 ERA in 5 starts so far, and a .90 ERA in 10 relief appearances. Lopez is reclaiming some of the goodwill he lost in the last few seasons. The less good news is that instead of Michael Kopech, a trusted starting piece that's been in relief, the White Sox are going with Jimmy Lambert, who has struggled in 3 previous appearances this season. Maybe they see him blossoming over time like Cease and Rodon have, but unless he pulls something together tonight, I don't see this idea being a successful one. Kopech is probably the better seat-filler starter. But hell, maybe I'm wrong.

Best news is that this team can recover from injuries, and injured players can hop right back in and keep producing. Luis Robert was out for 3 months, came back last month and immediately took off, hitting .367  with 14 RBIs and 6 homers since coming off the IL. Robert has been called the future of this team, and while right now he's just another piece of the massive team structure, he's had some massive contact moments this year, and some massive power moments this year. He's a well-rounded, versatile player with a lot of talent and he's just getting started.

Hopefully the same can be said for this White Sox team. I'd love for them to go on a run this postseason, and take out some boring threats. Hopefully Lynn or Giolito comes back and gives them 5-man security, so we can actually have a fun team win some playoff series'.