Far from a Whitlock 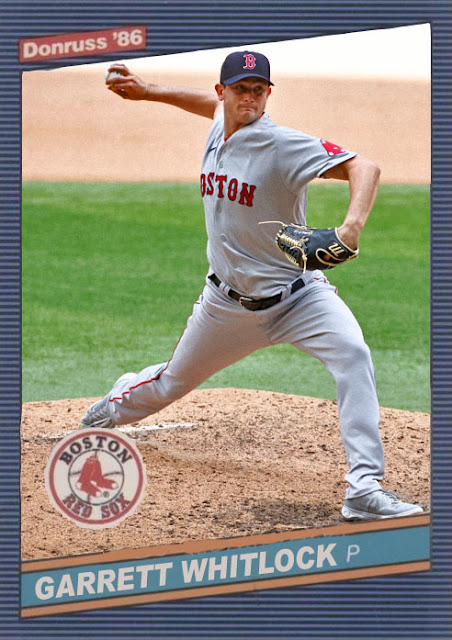 Garrett Whitlock, a relief pitcher none of you had heard of prior to this year, has a higher WAR than Chris Sale and Matt Barnes, two guys that have previously been referred to as the saviors of Boston pitching, combined.

I don't know happened. Least of all, I don't know how Brian Cashman thought Whitlock wasn't a viable option for protection from Rule 5 drafting. But Garrett Whitlock is having one of the most phenomenal seasons by a middle reliever in some time. In 41 games and 67 innings pitched, Whitlock has allowed 14 earned runs, and has a 1.86 ERA with 76 Ks, and is 19 runs better than the average. He is pulling off shit that just hasn't been done by middle relievers in Boston recently. They've had people like Ryan Brasier, Brandon Workman and Heath Hembree make strong work, but...not this strong. He's even having a stronger year than the aforementioned Matt Barnes, the closer.

I mean, yeah, I know the Rookie of the Year award is probably going to someone like Wander Franco or Luis Garcia, but...wouldn't it be cool if Whitlock got it? A middle-reliever got the award last year for a ton less IP. Think about it, balloters.

Meanwhile, the Red Sox have snuck up to the lead in the wild card race, and are in a pretty nice position. Chris Sale is back and in control, Kyle Schwarber is continuing his power surge from Washington, Devers and Bogaerts are still league-best, and the momentum is theirs.

The issue, though, is that they're in the midst of some tough series with Chicago, Seattle and, eventually, the Yankees, all of whom want as much of a clean September resume as possible to make for a good seed. Knocking the Mariners out of playoff contention would be big for the Sox, but so could being swept by them. The Sox are having a great year, but are now less of a sure thing than they've been, and could still somehow be left out of the shuffle when the music stops.

I still think the Sox are a playoff team. I don't think they're as strong as they were midyear, though.

Coming Tomorrow- Outfield hero for a, for lack of a better word, unfinished team.