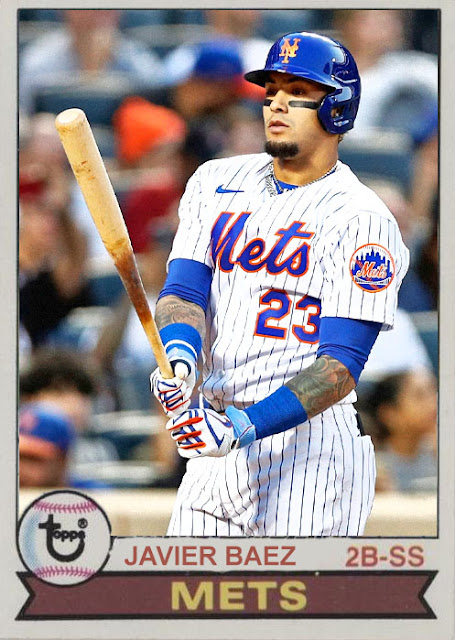 I was in Queens the other night. I was at a wedding in Flushing, and the place had a rooftop view to die for. You could see the World's Fair, the US Open, and CitiField. Looking down upon the baseball stadium, I realized that the Mets would be missing out on the postseason, even after a few months at 1st. Talking with some Mets fan relatives of mine, I could sense that they'd come to terms with the outcome a little while ago, and had taken it in stride.

But man, oh man, did they get close.

I don't even know if it's a 'if DeGrom stayed healthy' kind of thing. Cause yes, it would have helped, but also, remember June when half the roster was injured and the team still stayed on first? Johneshwy Fargas was starting in center! Cameron Maybin was striking out a ton! Billy McKinney was the heart of the lineup! And that didn't kill this team. No, what killed this team was getting everybody back after the ASG break and just losing a bunch of games to other competitors, culminating in the Phillies smacking the shit out of them for the throne.

The sad part is that the midseason acquisitions, like Javier Baez, Rich Hill, Trevor Williams and Brad Hand, have done pretty well for the most part. Baez is already a fixture in Queens, hitting .300 with 20 RBIs in 41 games. Hill has been a surprising success in New York, and is still in decent enough shape for a 41-year-old. What really has let this team down has been the foundation that was already set up. Michael Conforto has had a very weak year, especially after stepping up in 2020. Edwin Diaz still is a very flawed closer. Pillar, Villar and McCann have only done so much after coming in from free agency. Even worse, Jeff McNeil's only hitting .253. And while Francisco Lindor is doing fine, his 2.8 WAR is nowhere near his peak years, and his .228 average is a far cry from his Cleveland days.

The people who needed to step up couldn't, and the people who succeeded did so at the cost of their own health. Jacob deGrom was unhittable through May, but throwing that hard every 5 days caught up to him, and now it's not a certainty that he'll reach those numbers consistently anymore. Is Lindor gonna have a comeback year in 2022? Are we wasting the prime years of Nimmo, McNeil, Smith and Guillorme? Are we really looking at Tylor Megill and David Peterson in the heart of the rotation next year? It's...too nebulous, and depressing, to even say.

I wish there were answers, cheery or no, for the Mets. Hopefully it gets easier to see after the offseason.

Coming Tonight: Former Rookie of the Year, current middleman for a middle team.