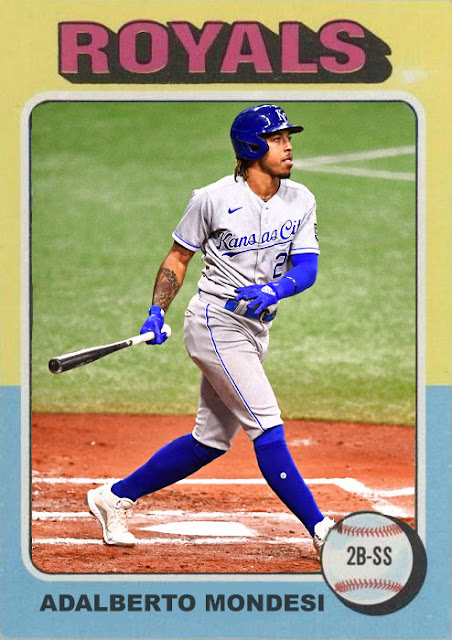 However, in the last 10 games, he's batted a measly .118 with FOUR hits, compared to the 16 across his first eleven games. What happened? Well...he realized the team sucked and didn't wanna stand out too much.

And so sums up the Royals. When Mondesi got injured, the Royals were a 1st place team. When he came back, they were circling last, and all of the promise had gone away. Hell, when Mondesi got hurt, Kyle Isbel was still starting in the outfield. Remember Kyle Isbel? Remember how people thought him getting the job out of camp meant he'd be a mainstay in KC, then he fell off and got demoted for the rest of the year and people started comparing him to Frank Schwindel, then Schwindel became not-a-bust with the Cubs?

Hell of a year.

Like last year, one of the main takeaways for the Royals has to be the bullpen, and how it's pretty much stayed together. Scott Barlow, Jake Brentz, Josh Staumont, Domingo Tapia and somehow Ervin Santana, have been very strong in relief. It's been less of a return to form for Greg Holland and Wade Davis, but the unit that had come to prominence last year is still working, and is still pounding out great innings, while also having to mop up the messes after starts from Daniel Lynch, Brad Keller and Jackson Kowar.

Also...wait, shit, KYLE ISBEL'S BACK? Did they call him back up in the time I started writing this post? When the hell did that happen? And now he's hitting .300? He had a 3-hit 2-RBI night the other night, now he's actually doing kinda well again? Shit, maybe he's not a bust after all! Maybe comparing him to Bubba Starling and Ryan McBroom is unfair. But again...this is only one season.

The biggest summation of this team is that the highlights were worthy, like Salvador Perez's mega home run season, Michael Taylor and Carlos Santana's impressive debut years, and Whit Merrifield and Nicky Lopez's strong years in the infield. But everything else sort of sunk into the normalcy of Royals baseball post-2016. Too many injuries, not enough good starting pitching, not enough depth and too many young options that clearly aren't ready.

Will 2022 be a competitive year? Maybe. But I won't think twice if they come strong out of camp again next year.

Coming Tomorrow- One of the last Opening Day starters remaining from a team I am seeing play my Phillies tonight. Recap forthcoming.