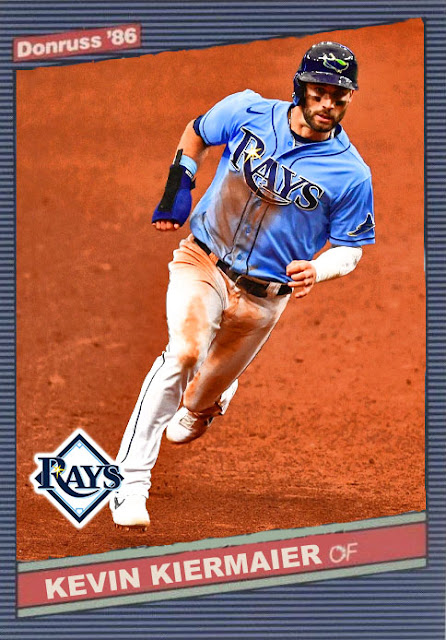 The Tampa Bay Rays lost 6 games in August. They've lost 3 in September, and we're only 6 days into it. Could 2021's behemoth be slowing down?

Well...it's happening all over. Not only are the Rays beginning to look slightly more human, but the Giants' lead over the Dodgers has completely dissolved. The two front-runners of the entire season have slowed down a bit. Yes, the Rays still tower over the AL East, and have a strong lead over the Yankees...but now, once again, they're the overwhelming frontrunner. I have a feeling they'll be the only 100 win team in the AL East, possibly the AL. For 2020 they could be the top dog and still make it to the end. In a normal season, with more of a marathon mentality? It's not as certain.

The best news is that this team's true core has come alive. Kiermaier, Lowe, Meadows, Arozarena, Wendle, Franco. Franco can finally hit at MLB level, was streaking for a while, and has completely earned the praise dealt upon him to this point. Lowe is finally hitting well above the Mendoza line, as is Kiermaier, who is still a top-tier defender at this point in his career. Going into the postseason with this core, Margot, Zunino and Diaz...yeah, I'd be pretty confident. That's an insanely good lineup, and that is gonna get through some of the best teams in the AL this year.

It's the pitching where I'm still not convinced. No active member of the starting rotation has a WAR higher than 1. The highest is Shane McClanahan, who, to his credit, is having a strong full rookie season, with 9 wins and a 3.5 ERA. But the rest of the rotation still isn't where it should be. Michael Wacha's supposed to be the authority piece and he's got a 5 ERA. Yarbrough can't run this rotation without Glasnow, he's got a high ERA. Luis Patino and Drew Rasmussen are fine but unpolished. The Rays will likely be going up against the winner of the Wild Card game, which means they'll either be facing Gerrit Cole, Jordan Montgomery and Jameson Taillon or Chris Sale, Nate Eovaldi and Nick Pivetta. The strategy is always to outhit the opponent, and maybe this lineup can beat up some of these people, but they also need to make sure their own guys don't get outhit as well. I see opposing offenses having a field day with people like Wacha and Yarbrough.

The only way this team wins a World Series is if at least four of these starters just switch things on during the postseason and become unhittable, consistent weapons then. Because even if I prefer the postseason to be a reflection on the season itself, I do see some of these guys coming alive in October. Patiño is the one that might have the most legs here. But it's all a matter of whether or not it's enough to outlast New York, Chicago and Houston.

Coming Tomorrow- A member of an all 25-homer infield.