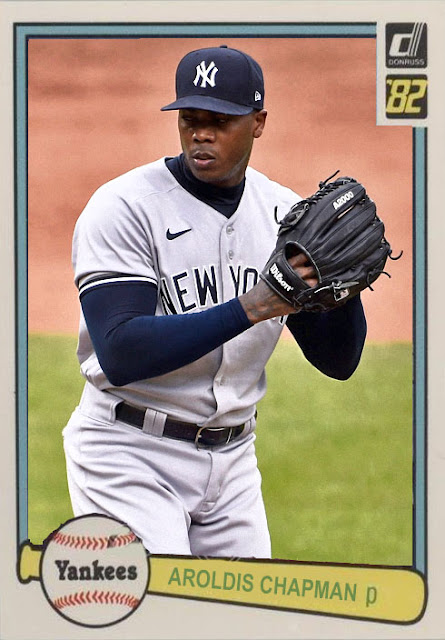 Sad to say, the Yankees just haven't been the same since the streak ended.

I figured it would end soon enough, but I assumed that they'd keep some of the momentum flowing throughout August going as the final month of the season began. Turns out, we got swept by the Angels, split a series with the Orioles, and are somehow powering the Blue Jays' very late and quite misguided comeback attempt. The momentum is nearly gone. And it's sad to watch.

It goes back to the fact that deep down, this team is just...okay. There's only two people with over 25 home runs, only 3 people with over 50 RBIs, and Joey Gallo's hitting .136. And as surprisingly awesome as the rotation has been this year, now Jameson Taillon's on the IL, which means the dreadful Andrew Heaney has to start more games. There's too many people on this team that can foul things up for us. Even Cole got pounded last start, coming off of his 15-K night. Yes, Chapman has been better, but there's always the threat that he's gonna blow it again. Yes, Luis Gil has become a strong starting option, but the walks are piling up.

The biggest thing is that, yes, we finally have a season where Aaron Judge, Giancarlo Stanton and Gerrit Cole are all healthy and delivering fantastic seasons...and that's not enough.

I think we still have a chance at a playoff spot, but as we are playing right now, we are not better than ANYBODY in the picture. We can't beat the Sox in a 1 game playoff, we can't beat the Rays in a 5-game series, and don't even think about the Astros or White Sox in a 7-game. We need to pick things up pronto or else there's gonna be YET ANOTHER early Yankee exit from the playoffs. And even though we may not have the season that befits a playoff run...we're still in it, and we still could make it work.

It's not over til they get bounced. And I'd like that to happen as late as possible this year.