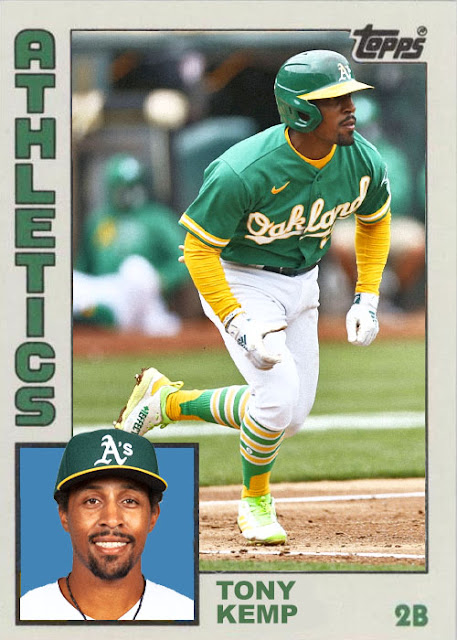 And then, all of the sudden, the AL Wild Card race heated up.

A few weeks ago it was just 'yeah, Yanks-Sox again, oh well', but now that the Yankees and Red Sox have slowed down tremendously, the other, arguably more fun, teams have caught up in a big way.

But even better is what's going on in the AL West. While the plight of the Oakland Athletics is very tragic, and something that I wish wasn't as abrupt and anticlimactic as it was [and continues to be], it's still coming at the expense of a RED-HOT SEATTLE MARINERS TEAM. MY GOD. WHAT THE HELL. The M's have won 7 of their last 10 and have LAPPED Oakland. Nobody was expecting this, especially Scott Servais.

And how depressing would it be if the A's season ended like that. Denied access to the playoffs despite making all the right moves, having an exceptional trade deadline, getting Khris Davis back and getting more from the pitching than they have in ages. This was their year, and it looked like it was in May...but then the Astros, as they tend to, got hot and haven't stopped. And so this is what we're left with.

If the A's miss the playoffs, which is looking likelier by the day, it will be a waste of a landmark season by Tony Kemp, who has had an incredible season off the bench, and has been red hot basically all year. It will also be a very sad end to Starling Marte's 2021, which is undeniably one of his best in years, and is responsible for a ton of stolen bases and contact hits. And it'll also be sad for Matt Olson, who had the best season of his career, and one that we all hope will be replicated.

The A's need a miracle. One last stretch where, by the end, no one will be able to touch them. If not, there's not much else they can do.

Coming Tomorrow- Elsewhere in California, a guy called up at 19 FINALLY ascends to his team's expectations.