Jays of our Lives 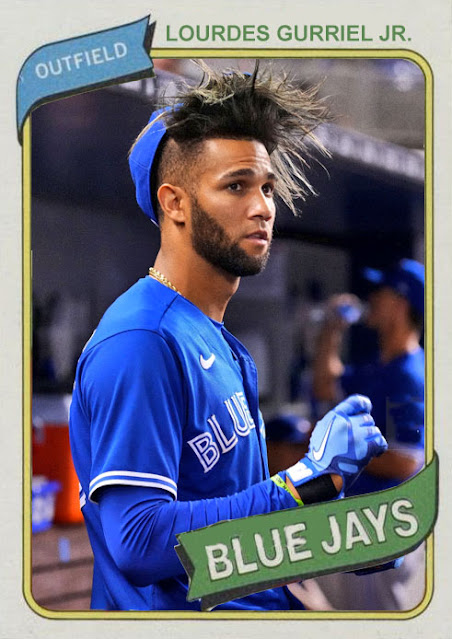 In a version of 2021 where Shohei Ohtani didn't exist, the Blue Jays would be winning a Cy Young and an MVP in the same season. But they're not getting the MVP, and Robbie Ray's Cy Young win isn't set in stone yet.

And right now...even with the surge, they're still not 100% lock for the playoffs. The two wild card spots are going to come down to one of the three AL East contenders, and since the gap has narrowed between them, they've all been bobbing around and taking spots. The Jays have been ahead, oh wait here come the Red Sox, oh now the Yankees are back. The stalemate that the season sort of opened with has reemerged in the most crucial part of the season. And now, it's going to be an all out fight to the finish.

The way this is going to work, the AL East is essentially going to devour itself in order to see who plays either the White Sox or Astros in the ALCS. First the three contenders fight for two spots in a one-game elimination, the the winner of that plays the Rays. It's a game of snake, only instead of getting longer the more it goes, it gets shorter, to the point where the AL East is essentially going to be its own large bracket this year.

This of course only works if the Mariners and A's don't make the last spot, but...as of right now, that's looking very likely.

The Blue Jays' playoff case has grown exponentially in the last few weeks. They have the roster flexibility and depth the entire time, but now they have the momentum. Now guys like Lourdes Gurriel, George Springer and Alejandro Kirk are snapping into place and having strong seasons. Gurriel was quiet for most of the year but now has a 2.8 WAR with 19 homers and 80 RBIs, becoming the sixth member of the team with 80 RBIs, alongside Guerrero, Semien, Hernandez, Bichette and Randal Grichuk for some reason. Steven Matz is actually having a halfway decent season, with 12 wins and a 3.87 ERA. Ryu, Ray and Manoah are all stellar arms. And Berrios has been pretty sharp in 8 starts so far.

While the Red Sox would do better in a Rays series, and the Yankees would do better in a wild card game, the Blue Jays cannot be counted out, because once they catch fire, they are unstoppable. And once again, like in 2015 and 2016, they have caught fire, and it's going to take a shit-ton of Rays to put them out.

As depressing as an Astros-Rays ALCS or a Red Sox-Astros ALCS would be...Jays-Astros would also not be particularly great for me either. So uh...either the Yankees pull things together or, uh....go White Sox!

Coming Tomorrow- A man who was traded for J.T. Realmuto, and somehow it got worse.