Triumph of the Grande Box: The Phillies 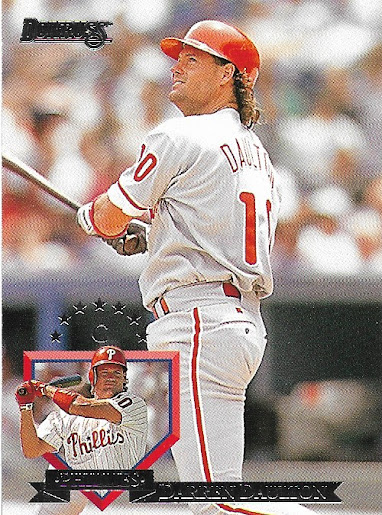 One of the first breakers clubs that Chris from Nachos Grande did, I was a bit hesitant to go in, and I think during my hesitance somebody claimed the Yankees. So, for that, I claimed the other team I root for, those lovable but doomed Philadelphia Phillies. The subsequent breaks another regular would beat me to the Phils, so I'd take the Yanks. You'll see my results from that team soon enough.

But...I did actually get a lot from the Phils, despite there being shockingly no hits in their direction during this break. For instance, as much as I love 1995 Donruss, I somehow had yet to grab Darren Daulton's card from it. Here it is now. 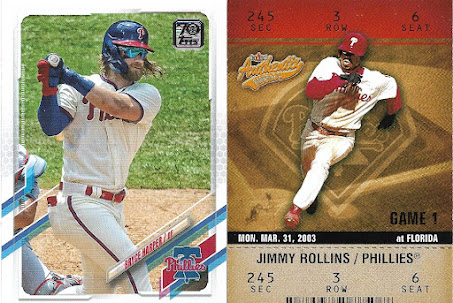 While there were a lot of great Phillies that I collect, somehow these two favorites of mine were limited to one card apiece. No matter, I'll take either. Kind of criminal I didn't have that 2003 Authentix J-Rol anyway.

There were a lot of Hoskinses though. That Gallery one is a bonafide Rhys rookie, which I'm certainly not gonna complain about, This one, out of a bonus pack of 2006 Upper Deck, was pretty cool- a rare Carlos Ruiz rookie, one that I somehow did not have before this. Very cool stuff. 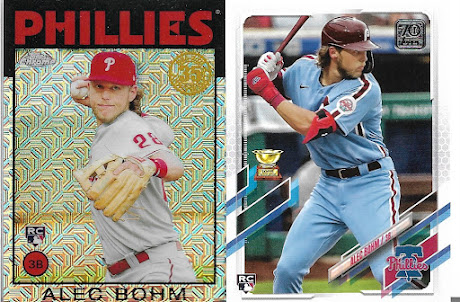 The cool stuff came on coming. Not only did I get much-maligned sophomore Alec Bohm's Topps rookie, I also got the hobby-exclusive 86-shiny card, which is pretty awesome.

There was also some Nola love, rounding out the newer Phils. All of these are from 2019 Donruss. The DK is a cool one, but the base card on the left is a BASE VARIATION SP. Very cool!

Heading into the legacy Phils, these three Burrell's were all new to me. It's also nice to see stuff from 2004 Leaf, which you don't see very often at all.

And yes, there were also some Phillies Thomes as well. The Authentix one is a little, uh, inauthentic, but the Absolute Memorabilia one makes up for it. 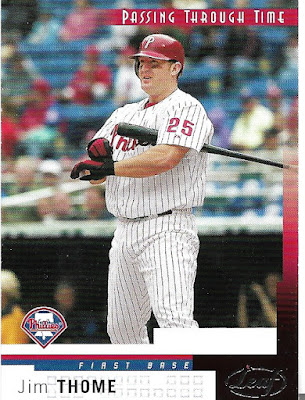 This 2004 Leaf Thome was a Passing Through Time insert, so just like the Big Unit from the other day... 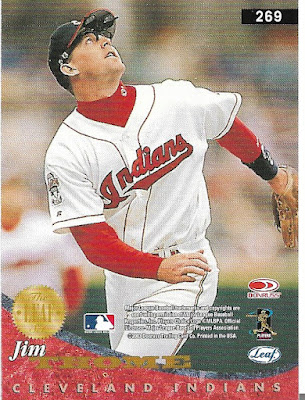 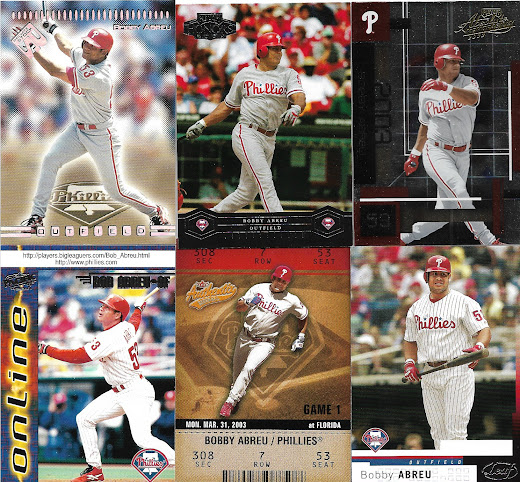 Obviously one of the stars was Bobby Abreu, and there were a lot of nice ones of him here, all new to me. Also a lot of sets that were new to me, like 2004 Playoff Honors and 2000 Pacific Private Stock 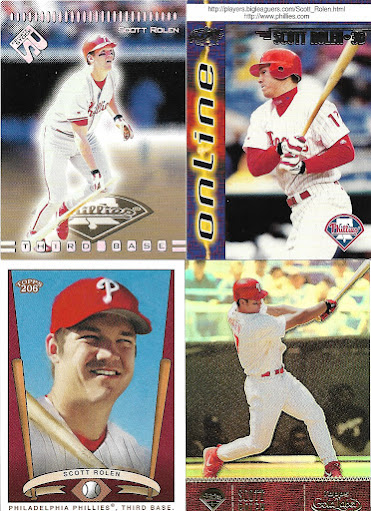 Scott Rolen was the big Phils winner though, with a lot of cards across his legendary tenure in Philly. The 206 one is a thicker card, and the Gold Label is a Class 1. Also...1998 Pacific Online is underrated. 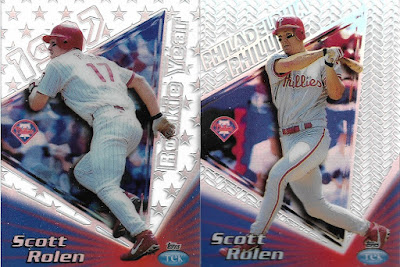 Both of these were cards from 1999 Topps Tek, the herculean mega-set that's better to just have a few cards of than try and collect. These commemorate Rolen's rookie year and team name. Cool stuff. 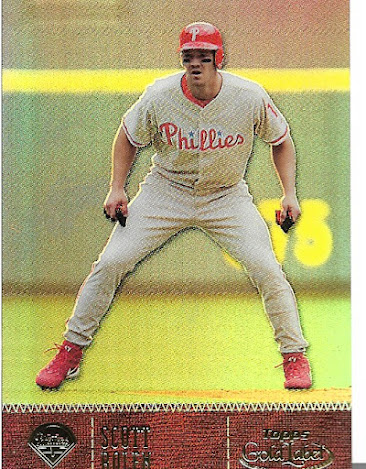 This Gold Label Rolen was a Class 2, and I did not have this one. Very cool. 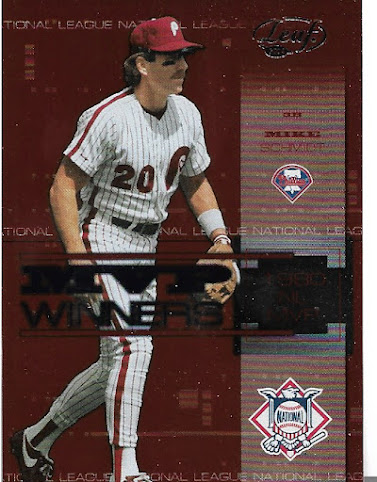 And finally, the Leaf box had a very nice MVP Winners insert of Mike Schmidt. Not numbered, but a very cool Michael Jack, and a great legends card for me.
Tomorrow...get ready for a lot of Yankees.
Posted by Jordan at 2:06 PM