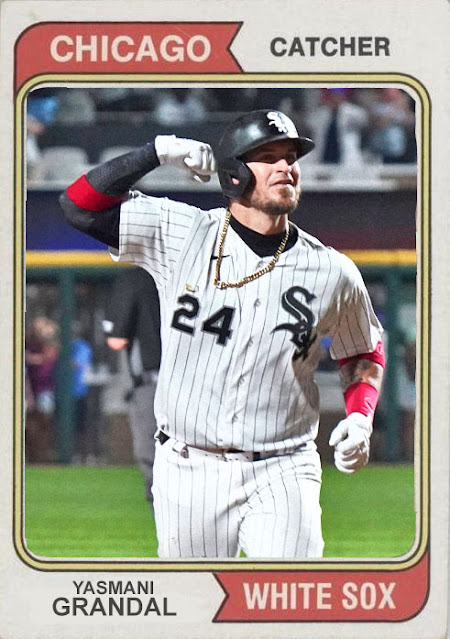 The White Sox are inches from clinching. They're pretty much the single most surefire division winner in the AL, and only a complete disaster could stop them taking first in the Central, but...with another few wins, they're in, and they get to pivot towards the postseason. Which is a nice feeling, considering that last year they had to go in as a wild card.

But right as the postseason is in sight, a few minor snags have happened. First, Carlos Rodon got injured, and now he's questionable for the postseason. On one hand, that does still leave us with an impressive trio of Lucas Giolito, Lance Lynn and Dylan Cease for an initial postseason rotation. But...I think we'd all prefer Rodon to Cease right now. Yes, Cease is 12-7 with 202 strikeouts, but his ERA is significantly higher than Lynn and Giolito's, and may be subject to slight battering considering the probability of the Astros being their ALDS opponent.

We're also going in with a lineup that was supposedly retooled in July but still isn't perfect. Cesar Hernandez has more strikeouts than hits with the Sox. Billy Hamilton has more RBIs than stolen bases. Brian Goodwin, who is hitting .230, is still a probable starting option for the postseason, especially with Andrew Vaughn still down. I still would have preferred Nick Madrigal to Hernandez, injury or no, and I'm still not very sure about that last outfield spot. Let's see how Leury Garcia does.

And while the bulk of this team is impressive, and guys like Yasmani Grandal, Jose Abreu, Luis Robert, Eloy Jimenez and Tim Anderson are all in very fine form...I still worry that the comparative human nature of this team could hold them back from being a playoff threat once again. And I really don't want those fears in a year where the Sox are looking at an ALDS against the Astros. I've said in the past that I really, really don't want an Astros-Rays ALCS, but that's really where things are looking right now unless things shift. And the White Sox would be a wonderful playoff contender that I'd love to see take down some of baseball's villains this year.

Of all the teams that I don't despise that have been linked to the AL playoffs this year, the White Sox have the best chance of doing anything. This October, I might be a White Sox fan. So I really hope they don't let me down.

Coming Tomorrow- It's really been six years since he won a ring with Kansas City? He's got a decent shot at doing it again with the Brewers.