Rise of the Fringe Relievers 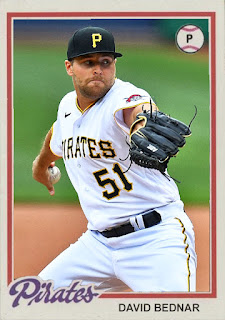 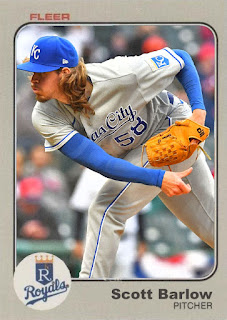 More arguably than other recent years, 2021 has given way to a lot of crafty middle relievers and specialists that wouldn't usually be in the conversation. This is probably hell for Topps, who doesn't like making cards of middle relievers anyway. But it's good for the baseball fans who appreciate the little guy, the guy who never gets talked about. And David Bednar and Scott Barlow have been some of the best of those.

Bednar was bopping around the Padres organization for a few years before coming to Pittsburgh in the Joe Musgrove trade. In a year where Richard Rodriguez and Clay Holmes have left the team, Bednar has given some unassuming and impressive relief power to the Pirates, with a 2.26 ERA in 56 appearances and a 2 WAR, among the highest on the team. Bednar has become a fan favorite of Pirates fans who are just looking for some people to root for, and he's been a bright spot of another bleak year for Buccos fans.

Barlow seems to have been warming up to this season, though, having a couple of slow come-up years with the Royals, being a presence in the bullpen without going absolutely huge for them. His 2.4 WAR this season is another high mark for the team, and his 2.52 ERA and 78 Ks in 61 appearances is a very nice run. The Royals have had a nice bullpen made up of homegrown guys like Josh Staumont, Jake Brentz and Domingo Tapia. Barlow has actually begun to dominate the 9th, with 10 saves already since the departure of Greg Holland to the IL. If he's a closing option, and if he's using middle relief success as a ramp up to the ninth, like Josh Hader before him, hopefully the job becomes him.

It doesn't just end at Bednar and Barlow. Lots of middle relievers, like Jonathan Loiasiga in New York, Drew Steckenrider in Seattle and Andrew Chafin in Oakland are coming into the light this year, and making big deals out of small innings. I'm glad it's happening, and I hope that middle relievers continue to be included in the conversation. You can't talk about pitching right now without them, because there's more middle relievers than there ever has been, and they're more important than relievers were in the 70s and 80s. Hopefully we also begin to see middle relief lead to more career longevity and less fluke nature.

Coming Tomorrow- The man that Topps will not touch.