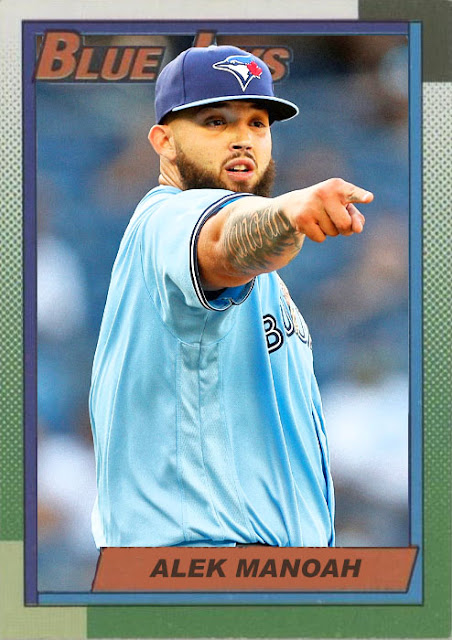 On paper, it's hard to imagine. How could a team with Vladimir Guerrero Jr. playing as good as he is, Robbie Ray on absolute fire, Semien, Bichette and Hernandez having great seasons, Ryu still a major weapon, and rookie Alex Manoah bringing heat...miss the playoffs? This team can score runs like mad, they have so many power hitters, so much depth. They don't need Corey Dickerson and Joakim Soria and they're still doing well in support. The 2020 come-up has led to a stronger, more mature, more fleshed-out team this year that should be right up there with the contenders.

Well...I really think it's as simple as the other three teams in the AL East were just better. The Rays are looking like playoff dominators, the Yankees have been hot as hell and looking at a wild card spot, and the Sox may still squeak in with the other spot. The Jays may simply just be the best non-playoff team in the race, which, considering that it came one year after the playoff nod, can be a bit heartbreaking. This is a better team, has more depth, more big stars, and more than just the youth movement.

But also...these are more disappointments. Steven Matz and George Springer have not performed entirely to standard. Cavan Biggio took a big step downward compared to the other 2. Most of all, the bullpen has been a disaster, with injuries, inefficiency, and all sorts of misdeeds. They just cut Brad Hand, who they'd snatched from Washington. Even if Adam Cimber, Jordan Romano and, yes, Joakim Soria are doing well, there is no massive bullpen depth like the last few years. It's just a lot of people on the IL. And you blow a lot of leads with that, which has happened.

Really, all the Jays can do is just ride out the end, hope Vladdie gets a few MVP votes anyway, and regroup for next season. They are inches from contending, and just need that one last element to push them over the edge. Hopefully when they do compete, I'll still like them.

Coming Tomorrow- More proof that the Cardinals had the absolute worst trade deadline.