Both Sides of the Cain 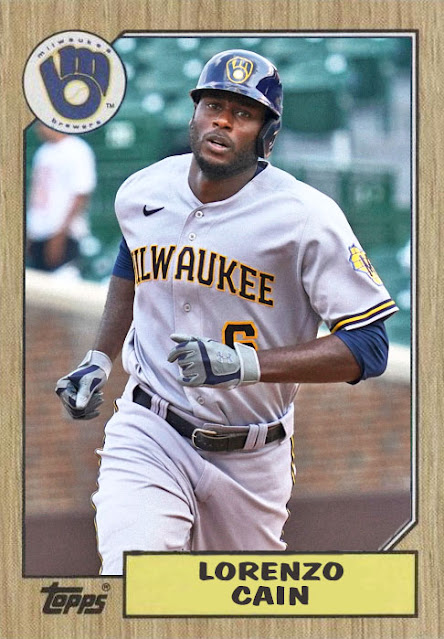 My dad was reading the paper and checking the standings the other day, and he muttered aloud "the Brewers might have a decent chance this year"

And I nodded, pertaining to their recent rise to the top of the NL Central, their recent clinch of a playoff spot, their pitching hydra. But then I thought about it. COULD the Brewers make a World Series this year?

They have the team for it. The pitching will slow down any playoff competitor, and I have a feeling they'll do well against the Braves [or Phillies but probably the Braves]. The lineup is surprisingly meaty, especially now that Cain and Yelich are healthy and coming into their own again. There's a ton of really nice defensive players, especially Cain, Omar Narvaez and Jackie Bradley Jr. There's a ton of depth, and a ton of bench bats waiting to go [especially Jace Peterson and Manny Pina]. And, let's be honest, I don't think any of those three starters are gonna hold anything back for a playoff scenario.

Playing as they are right now, with the tools they've cultivated, and with the luck they're skating off of...the Brewers might be the favorite to win the World Series right now. How crazy is that?

It's definitely be the next step in a crazy year for Milwaukee sports. The Packers nearly made a Super Bowl, the Bucks finally won a Championship. The Brewers have never won one, and are one of two teams in this playoff configuration to have never won a Super Bowl ring. Hell, this may even come down to both of them, as the Rays could very well make a World Series as well. It would be very nice if this team keeps this momentum going into October and takes down a lot of potential head-shakers for me as WS winners.

It could be a long shot, and it could be a misfire...but it also could happen. So let's see.