Save the Last Dans 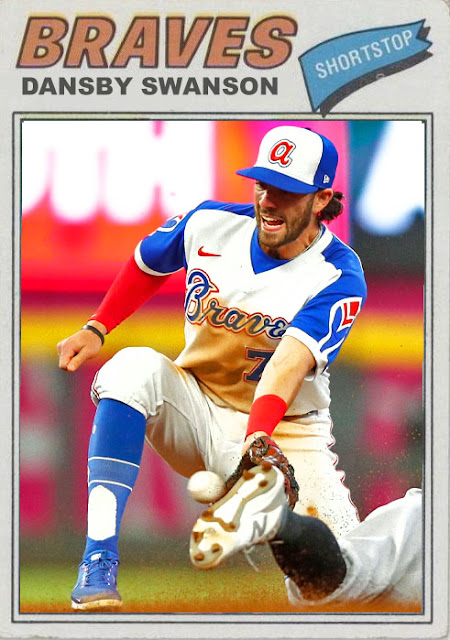 This past week had a big headline with a depressing asterisk.

The headline itself holds water. This season, all four members of the 2021 Braves infield have hit 25 home runs or more. This includes probable power hitters like Freddie Freeman, surprise successes like Austin Riley, and usual contact hitters who are just having great seasons, like Dansby Swanson and Ozzie Albies. The mark was passed when Albies hit his 25th, and this was the first full MLB infield to pass 25 homers for each member since the 2008 Marlins, consisting of Mike Jacobs, Dan Uggla, Hanley Ramirez and Jorge Cantu.

There is a but, though.

The Braves infield might be the old part of their Opening Day lineup that has done what it is supposed to do. Marcell Ozuna, Ronald Acuna and Travis D'Arnaud all spent the majority of the season on the IL, while Cristian Pache struggled to hit at the major league level, something he was fully capable of during the 2020 postseason. The Braves have desperately tried to find suitable replacement players all season, but most of them, including William Contreras, Ender Inciarte, Kevan Smith, Abraham Almonte, and even poor career minor leaguer Sean Kazmar Jr., didn't work.

So while it's a great stat that this infield crossed a power mark, it's essentially all the full-year infield did this year. The Marlins at least had Jeremy Hermida and Cody Ross in 2008.

And that's honestly the troubling part of the Braves this year. They failed already, they lost their biggest lineup pieces to injury. And now they're back at first thanks to Jorge Soler, Joc Pederson, Adam Duvall, Richard Rodriguez and Eddie Rosario just hopping on and giving them the effect of a full and complete team, which they didn't have for two months. It's a sham, an illusion, a sign of statistical privilege and standings inevitability. Of course the Braves are in first, they were always supposed to be. Yeah, you notice how a lot of teams that were 'supposed to be in first' this year now all of the sudden are getting it? The Astros, the Dodgers, now the Braves? As a baseball fan, I strive for new regimes, new favorites, new leaders. But we're going into another postseason where the Dodgers, Astros, Rays and Braves are among the favorites. The true upsets are sanded off. Just watch, the Padres are gonna sneak back into the wild card race and lap the Reds, because Manfred knows that market will do better in Oct-I MEAN UH for no reason.

The Braves do, to some level, deserve some of what they're getting this month. They've rebuilt and reformed several times and have only lost ground when it didn't count as much. They've managed to keep most of their rotation intact, with great seasons from Max Fried, Charlie Morton, Ian Anderson, Huascar Ynoa and sure I guess Drew Smyly. They've gotten a 30-save season out of a very human Will Smith season. Their biggest performer might be Austin Riley, who was barely even a factor in 2020. They've accomplished so much, and could accomplish even more in the postseason. Yes, the Phillies could lap them for the division, but...I'm not getting my hopes up, I deserve a rest.

The Braves, by the system that baseball works on right now, went from disappointments to contenders. You make the call if that's a good thing or not.

Coming Tonight- Speaking of returning from injuries halfway through the year, some outfielder from Chicago.