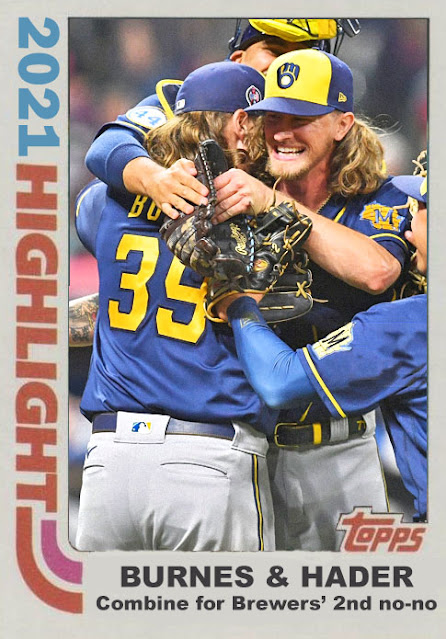 Beginning of this season, I did assume that Corbin Burnes was going to pitch a no-hitter eventually. He came very close in April, if I recall correctly. Before the season, he was my Cy Young pick, and while that is looking a little less likely, he's still had an excellent season with some great control and velocity.

Last night, he finally notched his no-hitter. It took a little help from Josh Hader, but it happened, and it was pretty cool.

First of all, it saddens me that this is the third no-no this year that's come at the expense of the Cleveland Indians. While they're not a bad team per se, the fact that their offense has been stymied now the third time, despite Jose Ramirez and Franmil Reyes' best efforts, is very telling, and hopefully it's a habit that can be broken.

Corbin Burnes and Josh Hader are among the best pitchers in the game right now, last night they put on a show. Hopefully it's a prelude to a strong postseason for both of them.